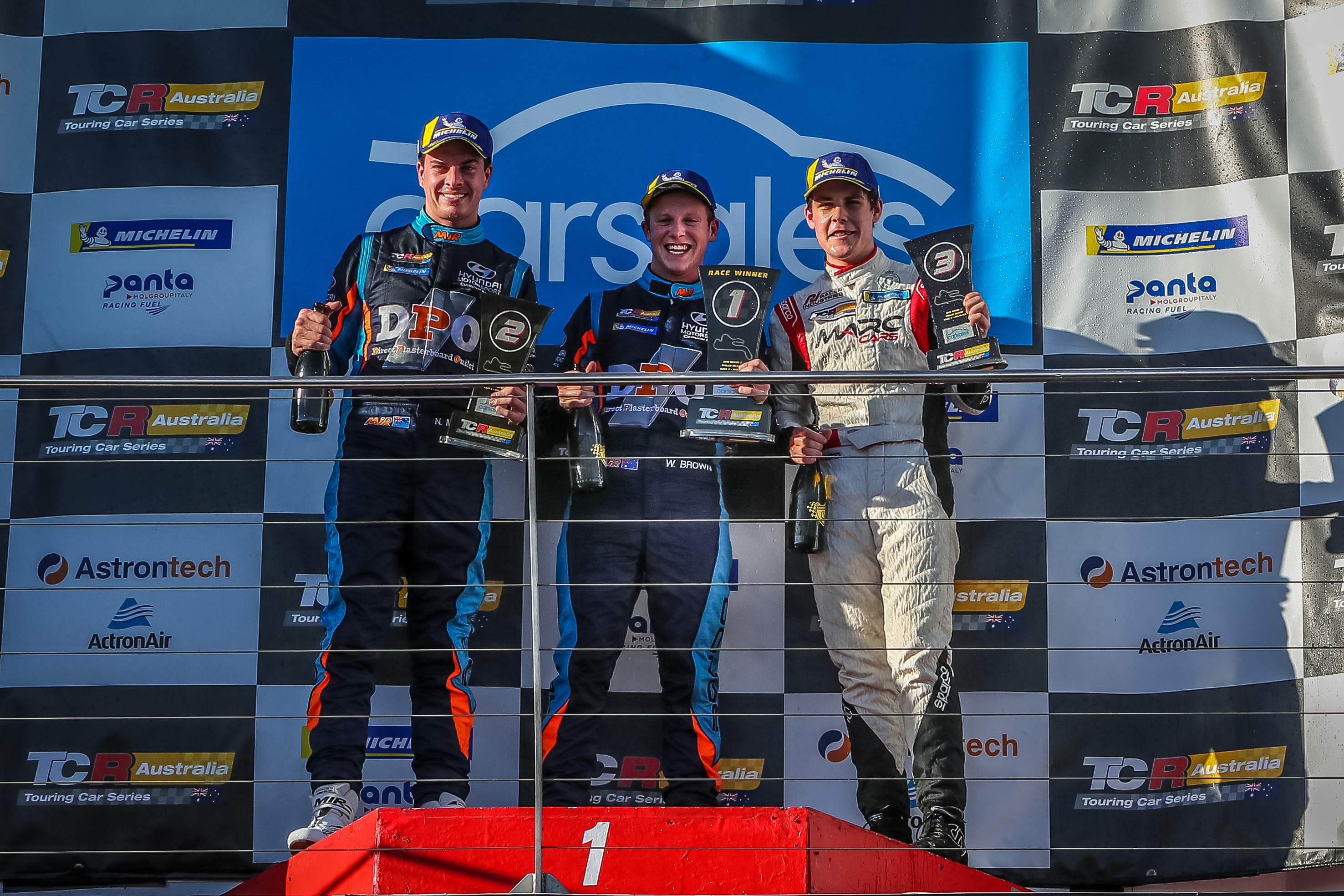 With plenty of action ahead and cars running off track & colliding, Morcom went in “Shake N Bake” mode and carved his way through the field. With car speed and a fantastic setup, he won the battle with Pither & Rullo towards the end of the race finishing a fine 4th.

Will Brown started from position 2 and ended in P2. He tried feverishly to bridge the gap to race winner Dylan O’Keeffe but had to settle for second.

The fall of the green flag was nothing different to the previous race with lots of positions swapping heading into turn one. A massive pile up after pole sitter Dylan O’Keeffe got turned around entering turn one which sent the field scattering. The race went less than a lap before the cautions were called with wounded cars trying to get back to the pits.