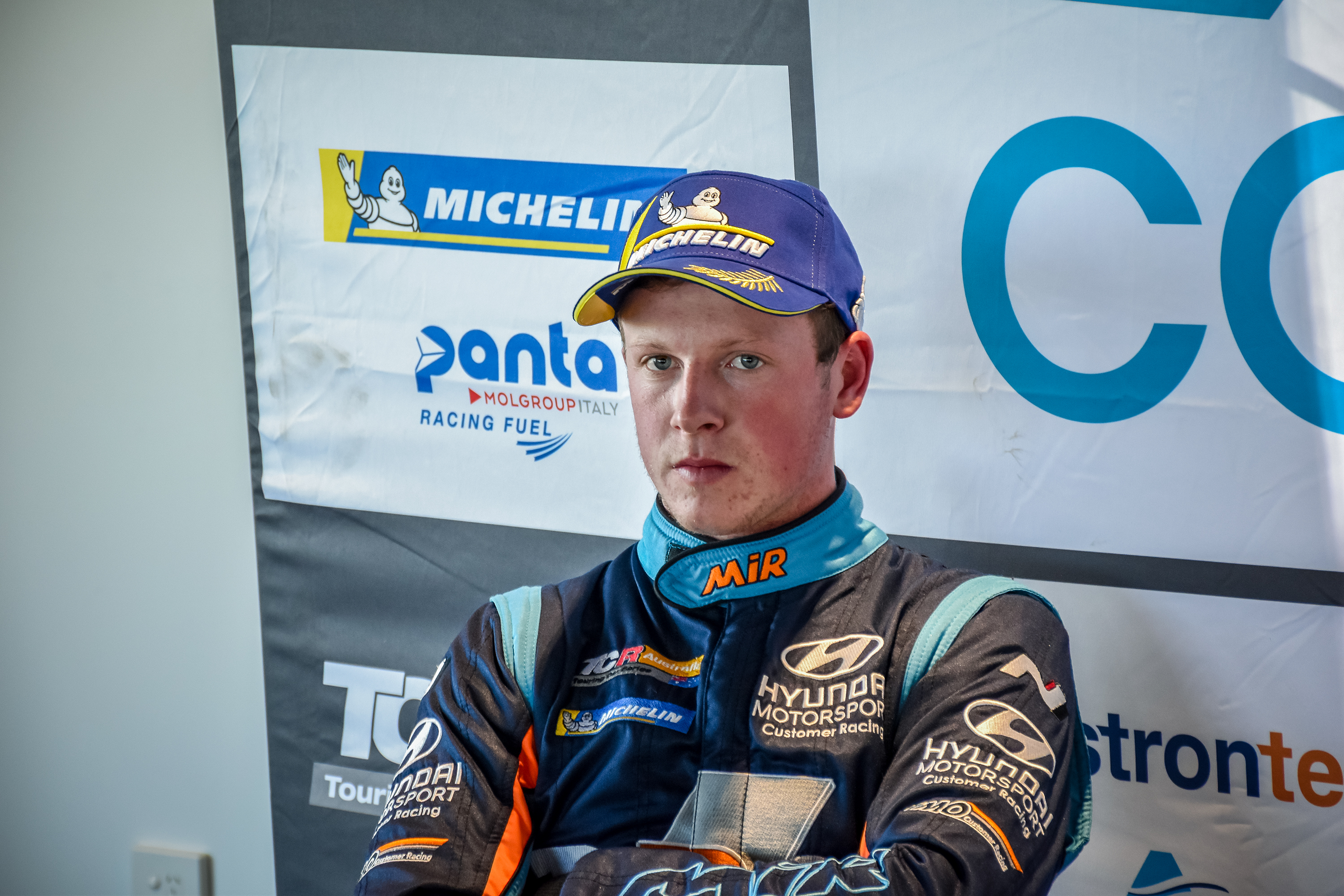 “To be on the right tyre at the right time was the key to posting a good time and we missed it” Morcom went onto say.

“We put Nathan out on wets for the whole session but Will put slicks on towards the end.   That wasn’t the best call” stated Team Manager Scott Fultcher.

Race One commences at 12.45 with coverage on The Nationals website or live free to air TV on SBS.  Check your local guides.

Will Brown may not have won but he certainly “turned it on” in race one.

Starting from 16thafter a poor qualifying result Brown was in the zone on the grid and confidant of a good result.

He carved his way through the field to ultimately finish 2ndbut it looked a little sketchy on the warm up lap as it started to rain again and the field was on slicks.

Nathan Morcom had an eventful race holding station in 5that the chequer.

“That was wild stated Morcom.  The first couple of laps were very interesting to say the least.” He went on to say.

“I had something for the two ahead of me right at the end but once I caught them the additional heat reduced my braking capacity. We’ll be right for tomorrow’s races” he stated.

The rain held off to the last lap and a lite sprinkling made it again interesting to say the least.

Pic: A very determained Will Brown whilst being grilled by the media post race one.